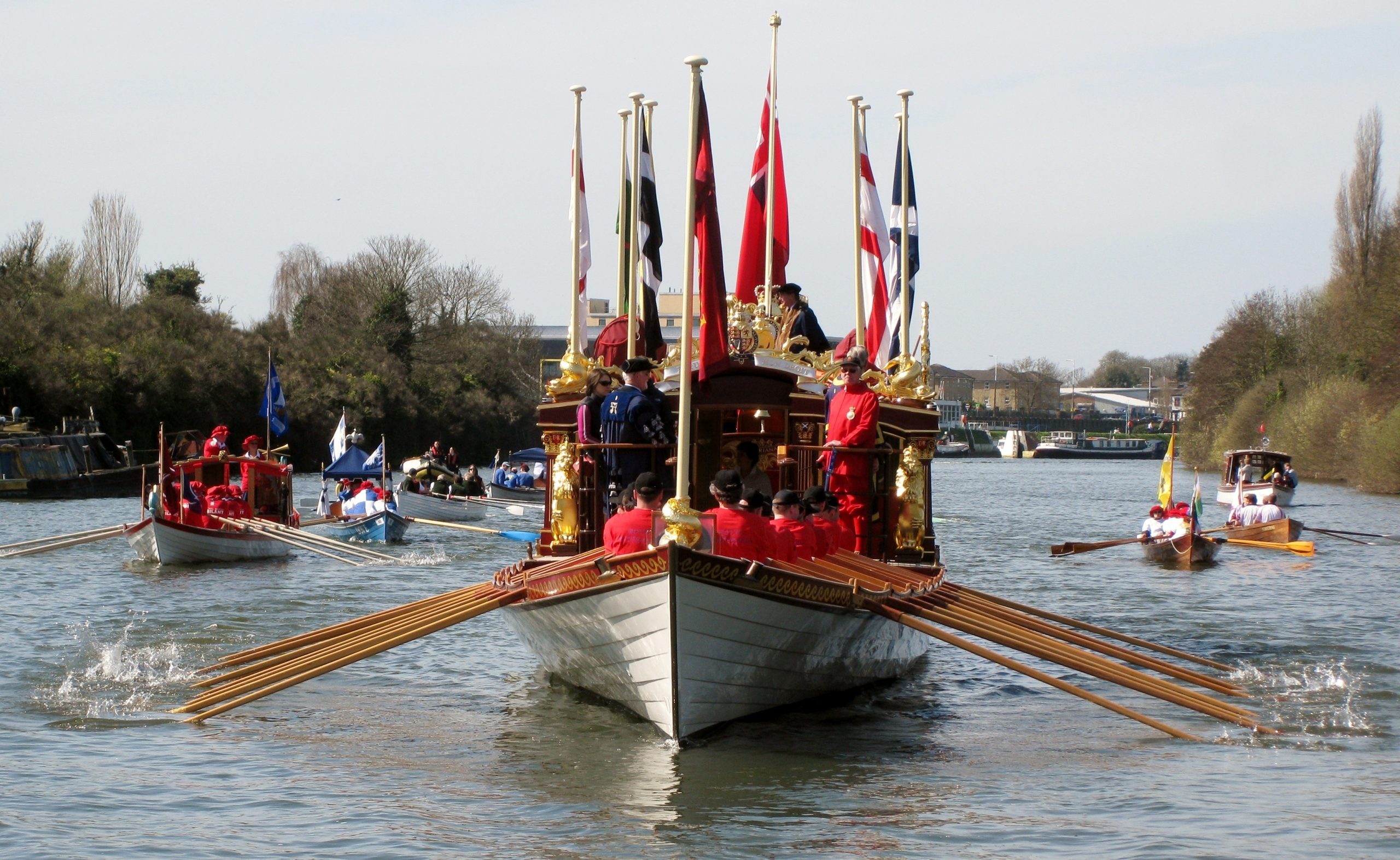 On Saturday 11 June the Cito crew was making ready the Livery’s barge moored at Richmond – setting up the regalia, the canopy and side boards under which our passengers would travel the 18 miles down the River Thames to the Tower of London in formation behind the Queen’s Row Barge Gloriana.

This procession, known as the “Tudor Pull”, is based on a tradition that Henry VIII started when he sent a gift of value by river to his Constable at the Tower of London. There are no records as to what these gifts were. When the tradition was reinstated in 1987 and to engage the Livery movement who had barges, the Water Conservators presented a section of a genuine Tudor wooden water pipe, known as a Stela, which had been buried under the streets of the City of London. Made from hollowed tree trunks, these pipes transported water from the river into the City for use by its residents. The Stela symbolises the importance of the river Thames, one of London’s greatest assets and which has made the City the place it is today.

Our crew formed up along with the other 14 Livery Companies and City Institutions taking part in the escort and commenced our row down the river. This was a particularly special event for us as it was the first time that our lady rowers had participated in a long-distance row as a part of our Livery squad. Suzanne Harkins, Danielle Green and Beata Green all had a great time along with Phil Vela (Cox), David Berry, Guy Leppard and me. The team was proud to be flying the flag for the Worshipful Company of Information Technologists as a part of this great traditional event.