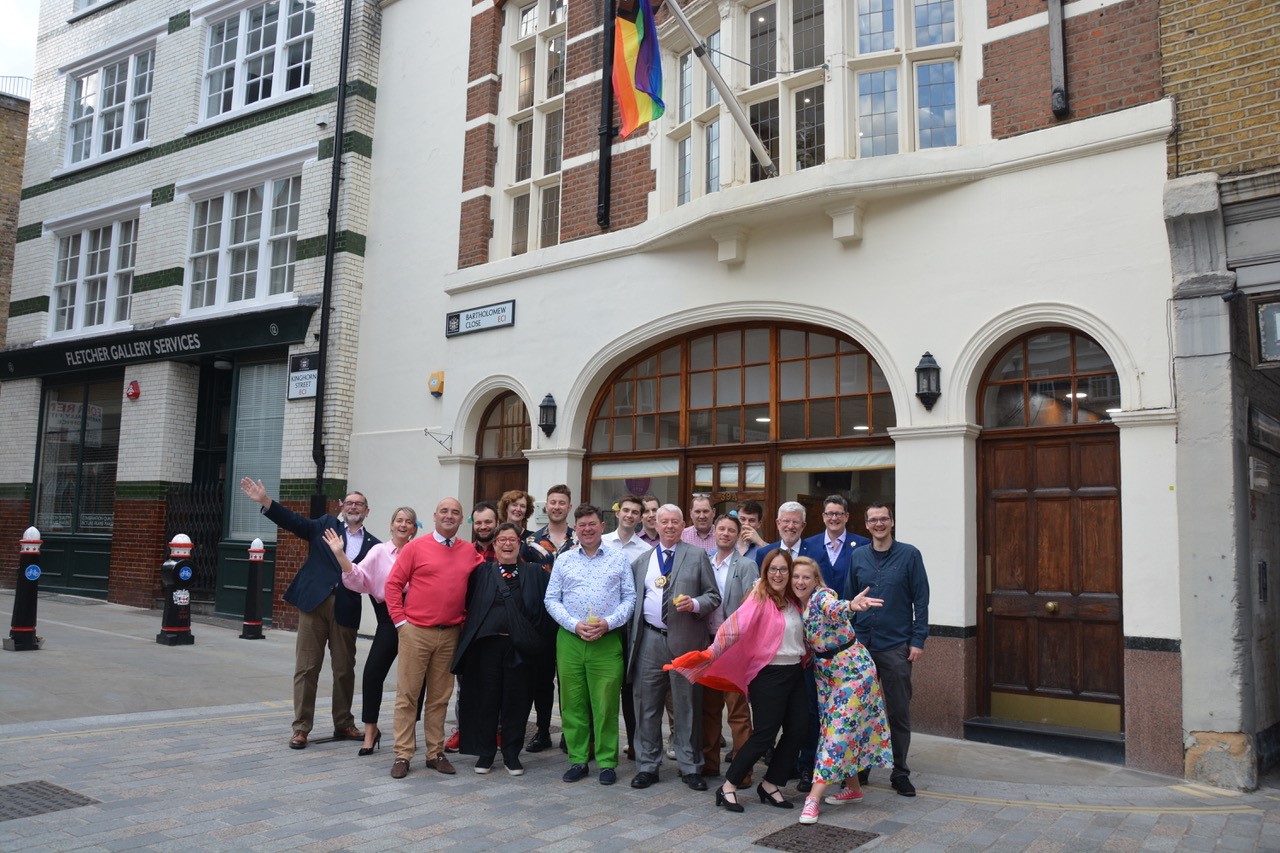 With the set-up for London Pride very much in view as we walked in towards Information Technologists Hall, we were greeted with one of the many firsts of the night; the LGBTQ+ progress flag flying proudly over the door. It really was to be a night of firsts.

We were joined by the Master, who spoke about the importance of inclusion within the Company.

Our guest of honour was Alderman Tim Hailes JP. Tim reminded us of a number of historical firsts – he was the first openly gay Sheriff in the City of London, and he was in that role when the Old Bailey flew the pride flag for the first time in its 500+ year history, the very same court that prosecuted Oscar Wilde. Tim also congratulated WCIT on the launch of its LGBTQ+ social group which we believe may be the first such group to exist in a Livery Company. Finally, we were joined in pre-recorded form by Past Master Dr Stefan Fafinski JP. Stefan was the Master when the Equality Committee was formed, the driving force behind WCIT’s work to increase the diversity of its membership.

For something that had started as an off-hand comment about getting a few people together for a small social group, we were delighted at how well attended the event was and how well received the group has been. We were extremely proud of everyone who attended, and indeed of the lovely messages and comments we received, including from one prospective member who said they had been spurred on in their application process because of the existence of the group.

Nothing like this happens by itself, and so we would like to thank the Clerk and the Hall team for all their support in creating the event (and a special shoutout to the Beadle for his rather interesting “Beadlejuice” – don’t ask!). To The Master, Past Master Fafinski, and Alderman Tim Hailes for their impassioned words. And to each and every one of you who attended in person or offered words of support and encouragement, our wonderful extended IT family.